MENLO PARK, CA (US),  — Scientists are experimenting with ways to selectively target the body’s blood-making cells for destruction. Early studies in animals and people suggest that the approach could make blood stem cell transplants — powerful but dangerous procedures that are used mainly to treat blood cancers — safer, and thereby broaden their use.

The studies come as evidence piles up that such transplants can also treat some autoimmune disorders and genetic diseases.

The work, to be presented this week at the American Society of Hematology annual meeting in Orlando, Florida, harnesses an understanding of the proteins made by different types of blood stem cell, the cells in the bone marrow that produce the different cellular components of blood.

Blood stem cell transplants work by replacing defective blood-making cells — which can give rise to blood cancer as well as genetic and autoimmune diseases — with healthy ones taken either from a donor or from the patient themselves. The idea behind the new targeted approaches is to eradicate specific stem cells to make room for transplanted cells, without the side effects of existing treatments, which destroy bone marrow cells indiscriminately.

Physicians currently rely on full-body radiation or treatment with toxic, DNA-damaging chemotherapy drugs to kill existing blood stem cells and clear the way for the transplanted cells to repopulate the marrow. That preparation kills not only blood stem cells, but also a host of other cells in the marrow. This can cause infertility, seed cancers that occur later in life and severely compromise the immune system, requiring lengthy hospital stays.

One way to think about stem-cell transplants is to imagine the bone marrow as a hotel whose owner wants to evict some guests, said Jens-Peter Volkmer, M.D., vice president of research at Forty Seven, a biotechnology company in Menlo Park, California. Current treatments blow up the whole hotel, he said, “Then everybody’s dead, including all of these critical components that you need to protect the patient from infection.”

The latest approaches allow the owner to tell specific guests to leave — by targeting sets of cells in the bone marrow, rather than killing them all, Dr. Volkmer said.

At the hematology meeting, Forty Seven will present the results of studies that tested a combination of two antibodies in monkeys. One antibody blocks the activity of a molecule called c-Kit, which is found on blood stem cells; the other inhibits a protein called CD47, which is found on some immune cells. Inhibiting CD47 allows those immune cells to sweep up the stem cells that were targeted by the c-Kit antibody, thereby boosting its effectiveness. In the tests, the combination reduced the number of blood stem cells in bone marrow. But the team has not yet demonstrated that the treatment clears out enough old cells to allow transplanted cells to flourish.

Another company, Magenta Therapeutics of Cambridge, Massachusetts, has collaborated with researchers at the U.S. National Institutes of Health to test a different antibody, which binds to c-Kit and then releases a toxin to kill the blood stem cell that produced the protein. Data from studies in mice and one monkey suggest that this can kill off enough stem cells in the bone marrow for transplanted cells to thrive — without destroying other cells such as immune cells.

And a team led by transplant physician Judith Shizuru of Stanford University in California has tested a similar approach in babies with a genetic disorder that cripples the immune system. Dr. Shizuru has collaborated with Forty Seven and Amgen of Thousand Oaks, California, to study a third antibody that targets c-Kit. Her team found that transplanted stem cells, in this case from donors who did not have the disease, successfully took hold in the bone marrow of four out of six of the babies.

These developments come as the potential market for blood stem-cell transplants is expanding, said Mani Foroohar, an analyst at SVB Leerink investment bank in Boston, Massachusetts.

Some gene therapies, such as one recently approved by European regulators to treat a severe genetic immune disorder called ADA-SCID, use a version of the technique. They remove the patient’s blood stem cells and genetically modify them so that they are free of the disorder before infusing them back into the body. Magenta and Forty Seven have entered into separate collaborations with researchers developing gene therapies to treat blood disorders such as β-thalassaemia and sickle-cell disease.

And data are accumulating to show that some people with type 1 diabetes, systemic scleroderma and other immune-system disorders can enter long-lasting remission if the mature immune cells in their bone marrow are wiped out and replaced with an infusion of their own blood stem cells. The procedure is thought to reset the immune system by eradicating cells that are attacking the body’s own tissue, said Keith Sullivan, a stem cell transplant physician at Duke University in Durham, North Carolina.

Dr. Sullivan said the early data from Dr. Shizuru and others are intriguing, and he has begun discussions to collaborate with researchers in the field. “The train is moving now,” he said. “The question is, how do we do this in the right way?” 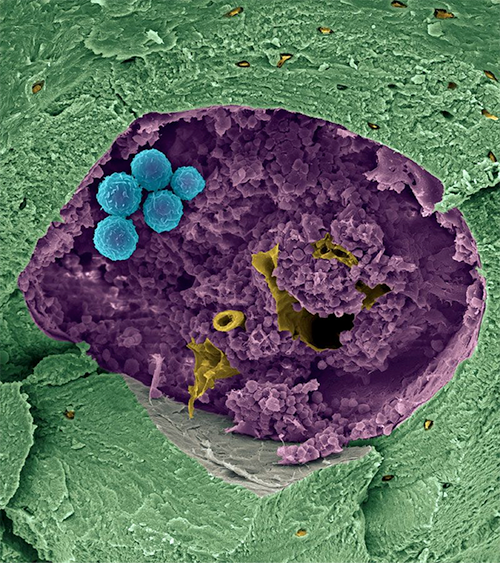