BRISBANE (AU), May 2019 — Scientists from the University of Queensland's Diamantina Institute have revealed the difference between a stem cell and other blood vessel cells using gene-sequencing technology.

Kiarash Khosrotehrani, M.D., Ph.D., said the findings provided evidence of how stem cells express genes that allow them to be identified within a blood vessel.

"Until now, we couldn't accurately say how a stem cell differed from the other cells without preconceived ideas," Professor Khosrotehrani said. "We hypothesized that stem cells expressed genes that could separate them from other cells inside the blood vessel."

UQDI senior lecturer Jatin Patel, Ph.D., performed the study and looked at every single cell in the largest artery, the aorta, and identified the genes expressed by each cell through sequencing. "This allowed us to examine every cell without any bias or pre-conceived idea of whether it is a stem cell or not," Dr. Patel said.

The study used single-cell RNA sequencing to look at the gene expression of each cell and group common cells together into separate populations.

UQ Institute for Molecular Bioscience senior research officer Sam Lukowski, Ph.D., performed the analysis. "We used specialized algorithms to group cells that express similar sets of genes into clusters," Dr. Lukowski explained. "What we found is that these stem cells form little groups within the blood vessel and that is how you differentiate them from other cells."

"This will have an impact on how we treat conditions which are the result of dysfunctional blood vessel behavior," Professor Khosrotehrani said. "We know that if you can target these stem cells, then you can reduce blood vessel formation and potentially stop diseases like skin cancer metastasis."

Previous research by Professor Khosrotehrani found that stopping the spread of melanoma to other parts of the body might be as simple as cutting off the blood supply to cancer.

"Blood vessels are vital because tumors can't grow without them — they feed the tumors and allow the cancer to spread," he said. "If you get rid of these stem cells, then the blood vessels don't form, and the tumors don't grow or spread to other locations."

In situations where blood vessels are missing or are clogged, providing more stem cells might generate new blood vessels and allow the supply of oxygen in cardiovascular diseases such as heart attacks, stroke or leg ischemia.

Professor Khosrotehrani had hypothesized this method of stem cell identification and said these findings provided answers to scientific debate. "We've been working on this type of research for over 10 years and the model we've found matches perfectly with our previous findings," he said. "The availability of the data publicly will allow scientists from all over the world to hopefully end some of the controversy around the identity and definition of these stem cells." 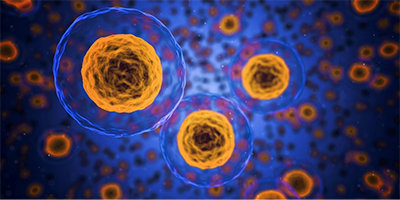 Scientists from the University of Queensland's Diamantina Institute have revealed the difference between a stem cell and other blood vessel cells using gene-sequencing technology.  Image courtesy of Pixabay.