GUANGZHOU (CN), January 2021 — Spinal cord injury (SCI) often causes disability and seriously compromises quality of life. While decades of research have made significant progress in axonal regeneration after SCI, most of the interventions have not been translated into clinical therapies. One of the major reasons for the difficulty of treatment for SCI might be due to the fact that many neurons are lost during the injury, leading to permanent loss of neural functions.

Different from classical approaches on SCI, which are mostly focused on promoting axonal regeneration or engrafting external stem cells, Prof. Chen and his team exploit internal glial cells in the injured spinal cord and directly convert them into functional new neurons. Previously, Chen's team has published a series of articles demonstrating that overexpression of neural transcription factor NeuroD1 or NeuroD1 plus Dlx2 can convert reactive astrocytes into neurons in mouse models of Alzheimer's disease, ischemic stroke, or Huntington's disease. They have recently advanced this technology to non-human primates by demonstrating direct conversion of reactive astrocytes into neurons in the brains of rhesus macaque monkeys.

In this work, Prof. Chen and his team further extended their neuroregenerative technology from the brain to the spinal cord. They first demonstrate that overexpression of NeuroD1 in dividing reactive astrocytes through retrovirus can successfully convert astrocytes into neurons in the injured spinal cord. The advantage of using retrovirus is that they only express transgene such as NeuroD1 here in dividing glial cells, but not non-dividing neurons, eliminating the possibility of direct NeuroD1 expression in preexisting neurons.

To increase the efficacy of neuronal conversion and pave the way for future translational application, Prof. Chen and team further developed adeno-associated viral system (AAV) to deliver NeuroD1 to both dividing and non-dividing astrocytes under the control of astrocytic promoter GFAP and confirmed direct astrocyte-to-neuron conversion in the spinal cord. AAV vector is commonly used for gene therapy because of its relatively low immunogenicity and high efficiency of spreading in various tissues including nervous tissue. Interestingly, Prof. Chen and team found that NeuroD1 alone generated mainly excitatory glutamatergic neurons, whereas addition of another transcription factor Dlx2 significantly increased the proportion of inhibitory GABAergic neurons, indicating that using different combinations of transcription factors can generate different subtypes of neurons.

Another important factor affecting neuronal fate after conversion is local environment. Prof. Chen's team designed a set of side-by-side comparison experiments by injecting the same NeuroD1 vector into the mouse cortex or spinal cord. After one month, they found that the neurons converted from cortical astrocytes showed cortical neuron markers but not spinal cord markers, whereas neurons converted from spinal astrocytes showed spinal neuron markers but not cortical markers, indicating the importance of local environment in shaping the neuronal fate after conversion.

Importantly, Prof. Chen and colleagues investigated the time window of neuronal conversion before and after glial scar formation following SCI. They tested the conversion efficiency of reactive astrocytes at 10 days versus those at 4 months following SCI, when glial scar has been well formed after injury. Prof. Chen's team demonstrated high efficiency of conversion not only at short-term but also after a long delay following injury. These studies provide the proof-of-concept that in vivo astrocyte-to-neuron conversion technology may be potentially developed into therapeutic interventions to regenerate functional new neurons in order to restore lost neural functions after SCI. 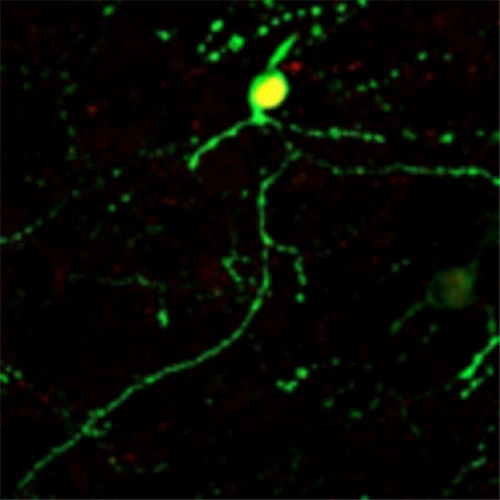