HINXTON, (UK), September 2018 — Adult humans have many more blood-creating stem cells in their bone marrow than previously thought, ranging between 50,000 and 200,000 stem cells. Researchers from the Wellcome Sanger Institute and Wellcome – MRC Cambridge Stem Cell Institute developed a new approach for studying stem cells, based on methods used in ecology.

The results, published September 5 in Nature, present a new opportunity for studying, in humans, how stem cells throughout the body change during aging and disease. Using whole genome sequencing to build and analyze a family tree of cells, this work could lead to insights into how cancers develop and why some stem cell therapies are more effective than others.

All of the organs in our body rely on stem cells in order to maintain their function. Adult stem cells found in tissues or organs are a self-sustaining population of cells whose offspring make all of the specialized cell types within a tissue.

Blood stem cells drive the production of blood, and are used in treatments and therapies such as bone marrow transplantations. However, blood stem cells in humans are not fully understood, with even some of the most basic questions, such as how many cells there are and how they change with age, not yet answered.

For the first time, scientists have been able to determine how many blood stem cells are actively contributing in a healthy human. Researchers adapted a method traditionally used in ecology for tracking population size to estimate that a healthy adult has between 50,000 and 200,000 stem cells contributing to their blood cells at any one time.

In the study, researchers conducted whole genome sequencing on 140 blood stem cell colonies from a healthy 59-year-old man. The team adapted a capture-recapture method, traditionally used in ecology to monitor species populations, to “tag” stem cells and compare them to the population of blood cells.

“We isolated a number of stem cells from the blood and bone marrow and sequenced their genomes to find mutations,” said Henry Lee-Six, first author from the Wellcome Sanger Institute. “The mutations act like barcodes, each of which uniquely tags a stem cell and its descendants. We then looked for these mutations in the rest of the blood to see what fraction of blood cells carry the same barcodes and from this, we could estimate how many stem cells there were in total.”

Current methods for measuring stem cell population size typically involve genome engineering, meaning they are limited to model organisms, such as mice. By analyzing naturally-occurring mutations in human cells, researchers can use the accumulation of mutations to track stem cells to see how stem cell dynamics change over a person’s lifetime. 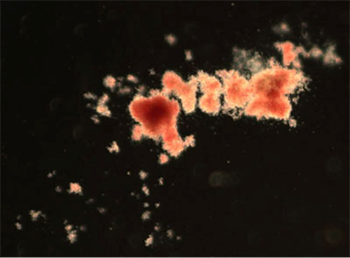