How Time Affects the Fate of Stem Cells

LAUSANNE (CH), September 2019 — How do temporal variations in protein concentrations affect biology? It's a question that biologists have only recently begun to address, and the findings are increasingly showing that random temporal changes in the amount of certain proteins play a direct and significant role on biological processes.

In a new study published in Molecular Systems Biology, researchers at the lab of David Suter, M.D., Ph.D., at Ecole Polytechnique Fédérale de Lausanne (EPFL), have found that temporal fluctuations in protein concentrations can determine the type of cell that embryonic stem cells will become.

To monitor their temporal fluctuations, the team carried out sophisticated genome engineering, generating five knock-in "reporter" genes in a single line of embryonic stem cells. These are genes that are attached near a gene of interest (in this case the genes for SOX2 and OCT4) and produce a visible signal — e.g. fluorescent light — when the target gene is expressed in a cell, thus "reporting" when it produces its corresponding protein.

Using this method, the researchers could monitor the fluctuations of SOX2 and OCT4 over time in living cells and determine how these fluctuations impact the fate of the embryonic stem cells.

The study found that small changes in the levels of either transcription factors impacts the fate of the cells, but only during the first cell-growth phase of the cell's life (the G1 phase). Increased SOX2 levels seem to "push" embryonic stem cells towards neuronal-type cells (those that come from the neuroectoderm), while elevated OCT4 levels strongly directed cells towards both neuronal and non-neuronal differentiated cell types. The reason, the scientists found, is that high OCT4 levels increase the accessibility of differentiation factors to the cell's chromatin.

"As fluctuations in transcription factor concentrations are to a large extent driven by the inherent randomness of the gene expression cascade, these could set fundamental limits in our ability to redirect cell fate decisions for therapeutic purposes," said Dr. Suter. "Further work will be required to determine whether these fluctuations could be at least partially suppressed to mitigate their impact on controlling the fate of embryonic stem cells." 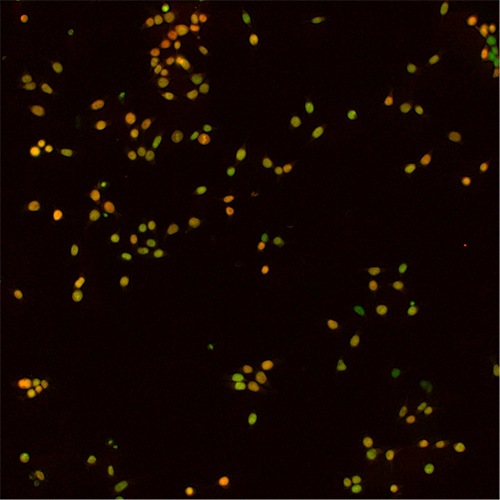