Now the authors report the data from this clinical trial alongside a comparison to a retrospective group of patients who underwent autologous or allogeneic limbal tissue transplantation at the same institution in a new STEM CELLS Translational Medicine article [5].

The details of the trial outcomes and comparative data include the following data:

However, the authors do note some limitation to their study, which include the study population size, the use of a retrospective control group, and the absence of both a simple limbal epithelial transplantation group, a challenging technique for cell therapy technologies [6], and a cultivated autologous oral mucosal epithelial cell transplantation group, which may represent an exciting alternative to allogeneic cultured LSC transplantation if long‐term follow‐up of patients match the encouraging short‐term results.

For more on the power of stem cell transplantation as a treatment for vision loss, stay tuned to the Stem Cells Portal! 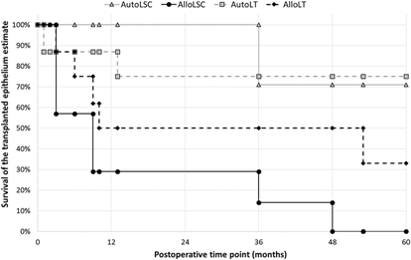