However, whether the neurotrophic properties of the scaffolds or the decellularized muscle itself promoted promote axon invasion remained unclear. Therefore, the Urciuolo team investigated the natural ability of decellularized muscle scaffolds to promote axonal sprouting and invasion in a three-dimensional co-culture system with organotypic spinal cord slides that permits the study of the scaffold’s neurotrophic effect by excluding the influence of other cellular and/or systemic components. Fascinatingly, the results of this new STEM CELLS Translational Medicine study now demonstrate that decellularized scaffolds possess intrinsic neurotrophic properties, thereby supporting their application in muscle regeneration approaches [6].

While the authors note the absence of details regarding the mechanisms controlling axon attraction by decellularized muscles, which they hope to delineate during subsequent studies, they hypothesize that such scaffolds could serve as reservoirs of neuroattractant molecules. Overall, the team hopes that their findings will contribute to the development of novel tissue engineering approaches that will promote in vivo reinnervation and functional skeletal muscle regeneration.

For more on how decellularized tissue scaffolds may represent the future of tissue regeneration, stay tuned to the Stem Cells Portal! 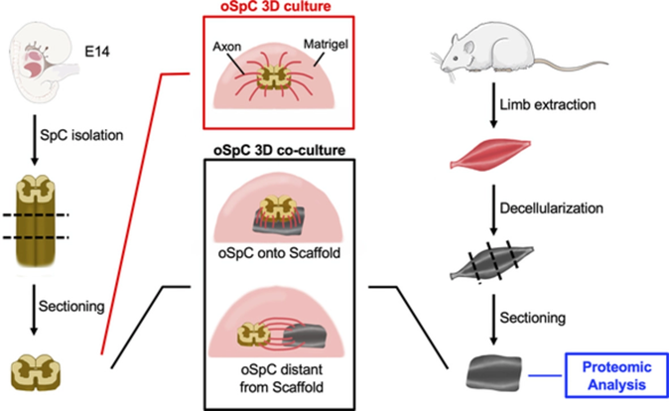