GSTT1 – The Key to The Widespread Therapeutic Application of Human Mesenchymal Stem Cells?

Towards this goal, the authors now return with a new STEM CELLS article [2] in which they describe the identification of glutathione S‐transferase theta 1 (GSTT1), which belongs to a family of enzymes that catalyze the conjugation of glutathione to a range of electrophilic compounds to prompt their detoxification, as a novel genomic DNA biomarker for human MSC scalability.

Given these data, the authors propose the development of GSTT1 as a DNA biomarker used to prospectively screen donors before the bone marrow isolation for MSC collection. The choice of those MSCs amenable to extended ex vivo expansion without losing their stemness or function may allow for reductions in manufacturing time and cost, thereby fostering the creation of more affordable MSC‐based therapies. The authors also anticipate the combination of GSTT1 as a biomarker with additional MSC culture improvements, such as the implementation of microcarriers [3, 4] and media formulations [5, 6] to further boost the therapeutic applicability of hMSCs to human disease.

For more on GSTT1 and the promise of improved MSC-based therapeutics, stay tuned to the Stem Cells Portal! 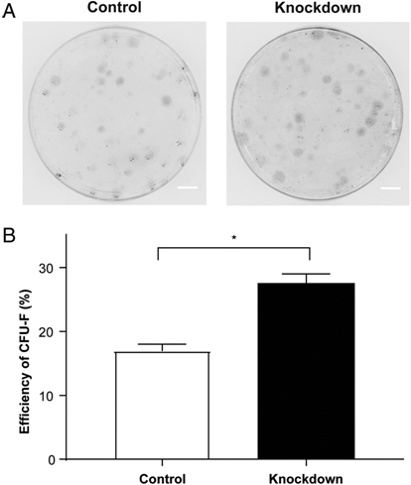